Even though 12 Years a Slave portrayed the pain and struggles of Solomon Northup, there is another story which predates Northups which in some ways is even more remarkable.
Coming from Igboland, Nigeria, the young Equiano was first taken to Barbados as a slave in 1754, shipped to Virginia, and was fortunate enough to purchase his own freedom in 1766. After travelling and remarkably learning the French horn, he settled in London and wrote his autobiography, The Interesting Narrative of the Life of Olaudah Equiano (1789) which depicted his experiences as a slave, was instrumental in the British Slave Trade Act of 1807. If this rags to riches story wasn’t enough, he married an English woman in 1792, and had two children. One can only imagine what life was like for two mixed race girls growing up in late 1700’s London. He also helped to select slaves in South America for Dr. Charles Irving, and managed them as they worked on sugarcane plantations. He became one of the leading abolitionists of his day, lecturing and touring with his book in the 1780’s, and was appointed to help resettle some of Londons free Black people in Freetown, present day Sierra Leone.

Here’s a link to his epic story:

It’s that time of year again: Black History Month. Although I don’t really agree with the idea, the opportunity to blog about people who have helped to shape the world we live in today was too great to pass up. So I’ve decided to blog about a different person everyday for the duration of Black History Month. I hope by reading this, you can learn some more about some amazing people, and appreciate our shared history. Feel free to comment and share! 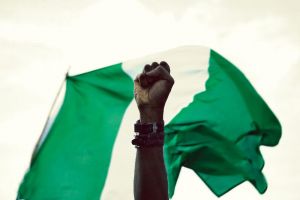 On October 1st 1960, Nigeria declared independence from the UK. Located in West Africa, the capital city is NOT Lagos, but Abuja (it was changed in 1991), and it is the 32nd largest country by land mass. It is the most populous country in Africa with nearly 175 million people, with over 250 different ethic groups and over 500 different languages spoken. #epic 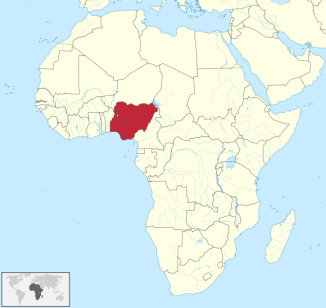 Nigerians have actually taken over the UK, leading Tescos to stock Palm Oil in the ‘ethic section’ and Ofada Stew and Rice ready meals. An Afro-beat musical (Oliva Tweest) was performed earlier this year, showcasing some of the best young Nigerian talent such as T-Boy and Vicky Sola. Their football team isn’t very good, but their Moin Moin (steam bean pudding) is amazing. 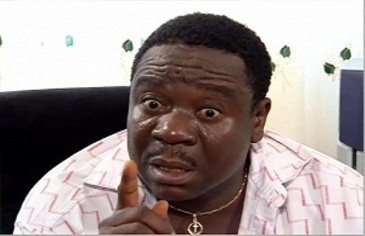 Any other facts or information about Nigerian and its independence?

One thing that has always caught my attention is how Africa and African football teams are spoken about at the World Cup. It seems as though the last African team left in the tournament somehow carries the hope of not only their nation, but the whole continent of Africa. Headlines such as ‘Ghana – Africa’s Best Hope in Tough World Cup Pool’ and ‘Why do African teams underperform at the World Cup?’ are common and go without questioning if the idea itself makes sense. The idea that African teams are spoken about in very different ways to teams from the rest of the world. Listen closely at how many times commentators and presenters will say things like ‘These players are not just representing their country, but also they are representing Africa’.

When Ghana were knocked out of the 2010 World Cup by Uruguay, it was seen as not only a triumph, but a possible glimpse into the future, as Ghana equalled the best result by an African team in World Cup history. Watching Luis Suarez’ handball and sending off, Asamoah Gyan’s subsequent penalty miss and Abreu’s audacious chip to win it, was one of the most heartbreaking events in recent World Cup history. It endeared Ghana and in particular Asamoah Gyan, to hearts all over the world; not just African hearts.

In last nights BBC World Cup preview show, Reggie Yates spoke about the history of African sides at the World Cup and about the chances of Ghana escaping the group of death this year. He quoted the African saying ‘If you want to go fast, go alone. If you want to go far, go together’. I’m sorry but on a continent where approximately 2000-3000 different languages are spoken, not to mention possibly 8000 dialects, the idea of the African proverb makes no sense. Africa is not a country. The proverb European or South American proverb makes no sense, so how can a proverb from Africa be acceptable? It just seems as though Ghana, Cameroon, Ivory Coast, Nigeria and Algeria get lumped together when the need to explain how they perform and where they come from arises. Speaking of under-performing, do African teams really underperform?

If we go by appearances in the last 16 (that is countries that qualify from their group), we see that Africa is actually the 4th most successful continent over the last 6 World Cups. The 3rd most successful is North America, with 9 appearances in the knockout stages to Africa’s 5 (Asia has 4 while Oceania has 1). If we look at quarter-final appearances however, Africa beats North America 3 -1, with quarter-final appearances by Ghana (2010), Senegal (2002) and Cameroon (1990) to the one appearance by the USA in 2002. So in terms of progression in the tournament, African sides come in 3rd to Europe and South America. South Korea earned Asia’s only spot in the quarter finals of the 2002 World Cup and Oceania’s furthest foray was in the last 16 with Australia in 2006. So do African teams really under achieve? I’ll leave that to you to decide.

Did Germany carry the hopes of Europe when they reached the final of the 2006 World Cup? Do the defending champions Spain go into this years tournament being spoken of as Europe’s best hope of a World Cup? Much has been made of the socio-economic problems that Brazil has, and we have heard over and over again, that failure for Brazil to win the World Cup would be a disaster for its people. Would it be a disaster for the rest of the South American continent? Of course not. Perhaps many Argentinians would relish seeing Brazil knocked out before them. After all, Brazil represents Brazilians. Greece for Greeks. Iran for Iranians. Cameroon for…Africans? Sure many Africans will hope that other African side do well, but I’m sure an Ivorian would much prefer to see Ivory Coast progress rather than supporting the African nation with the best squad, out of a sense of ‘Africanism’??

If Nigeria reach the World Cup final against Brazil on the 13th July, many Africans will be cheering for Nigeria. Maybe, just maybe, there will also be some Africans watching the same game wearing Neymar Jr on their backs.

London based Musician and Author